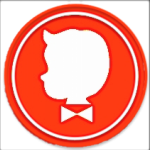 1b: The brain’s natural non-stress state, however, is COGNITIVE CONSONANCE. This is where belief is evidentially and consistently in alignment with reality and there are no contradictions.

2b: The less easily observed but nonetheless essential enabler of COGNITIVE DISSONANCE is known as COGNITIVE ASSONANCE.

3: ASSONANCE recasts DISSONANCE with most of its stresses removed, to steer belief and reality into RESONANCE that’s experienced as CONSONANCE.

We think of cognitive dissonance as holding two contradictory opinions in mind – believing both to be true – without ever having to choose one or throw one away because it’s contradictory, and that it requires an any-means-possible mental gymnastics to evade these contradictions; the bigger the contradiction, the greater the gymnastics needed.

But that may not always be true, especially when a lot of people are invested in the continuity of a contradiction in the face of efforts to expose it.

Religious faith and common denominator party political allegiance are two significant cognitive dissonances and, despite the former being a fantasy and the latter a submission of one’s individual moral character, both hold their own in the modern world.

How do these cognitive dissonances stay in tact, despite evidence (or absence of) or a personal hypocrisy at odds with the individual’s private moral code?

What if, rather than dissonance, it’s actually a cognitive assonance i.e. contradiction is maintained by as little dissonance as possible and this minor dissonance is honed by compatible better ideas so ends up being a cognitive assonance shared by a group who’re all, for instance, holding a bunch of bullshit opinions e.g. conservative+anti-abortion+hate-gays-gunrights-racism-anti-immigration-anti minimumwage-anti healthcare for all.

I have the honour to address Your Excellency, in your capacity as President of the Security Council of the United Nations, the body responsible for ensuring the maintenance of international peace and security, to take the opportunity to denounce recent events that endanger and threaten the peace and security of both Venezuela and the Latin American and Caribbean region as a whole. In this context, allow me to bring to your attention the launch, on 9 January 2021, of joint military (...)
Reuters Highlights: January 2021

Boris Johnson cannot claim to be “levelling up” the UK if he persists with a planned cut in universal credit for 6 million families, an influential thinktank has said, as pressure mounts on the prime minister over the issue from within his own party.

The Resolution Foundation joined opposition parties, anti-poverty campaigners and many Conservative MPs in urging the government to extend the £20-a-week uplift introduced during the first wave of the pandemic.

Morning everyone: I’m Martin Farrer and these are the top stories to start your week.

Continue reading...
NHS in most precarious position in its history, says chief executive

Hospitals and staff ‘under extreme pressure’, says Simon Stevens, as over-70s invited to get jabs from Monday

Dealing with the deadly second wave of Covid has left the NHS in the most precarious position in its 72-year history, chief executive Sir Simon Stevens has warned, as ministers said they were aiming to get all adults in the UK vaccinated by September.

The over-70s and clinically extremely vulnerable, who number more than 5.5 million nationwide, will be invited to receive the vaccine from Monday in areas where most of the first priority groups of care home residents and the over-80s have now had the jab.

Continue reading...
Fewer than one in 10 police officers fired after gross misconduct finding

Fewer than one in 10 British police officers found to have potentially committed gross misconduct by the watchdog are dismissed, the Guardian can reveal.

Figures released by the Independent Office for Police Conduct (IOPC) show 641 officers in England and Wales may have so seriously breached standards that they were liable to be sacked between 2015 and 2020, but just 54 (8.4%) were fired after disciplinary action was conducted internally.

Continue reading...
Biden will appeal for unity as US braces for violence by Trump supporters

Joe Biden will deliver a message of national unity when he assumes the presidency on Wednesday, seeking to begin healing a country fractured by the acrimony of Donald Trump’s administration and ongoing threats of violence by his supporters.

Related: America is broken – can Biden and Harris put it back together?

Continue reading...
Illinois Will End Cash Bail — and Limit Use of High-Tech Incarceration

submitted by /u/theycantalk to r/funny [link] [comments]
Where the United States is Uninhabited.

submitted by /u/GrimSurgeon to r/MapPorn [link] [comments]
[OC] Map of the Colorado River and it’s tributaries. Made with ArcGIS. Sources: ESRI, USGS.

submitted by /u/Comfortable_Alarm_77 to r/dataisbeautiful [link] [comments]
They are now trying to censor the news.

submitted by /u/inabadspott to r/conspiracy [link] [comments]
IS THIS REAL ?!