JUDEO-CHRISTIAN RELIGION IS THE SOURCE OF WESTERN MORALITY … NOT 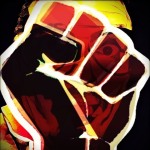 “Judeo-Christian religion is the well-spring of our Western civilization. It’s the founding stone of our shared morality, progenitor of ideals like born free and equality before the law, etc.“

This observation is often qualified by “whatever you may think about the literal truth of religion” i.e. subjective faith is personal but objectively, the Judeo-Christian Church’s role in Western civilization is undeniable; and overwhelmingly positive.

What’s more, the Catholic Church has been a major force in shaping world history for almost 2000 years and, in no small part, it “…codified and safeguarded many of the fundamentals that ultimately made the West the dominant socioeconomic and cultural force of the last three hundred years.“

But consider the following:

[note: Interestingly, there was no Catholic ambassador from the Pope (Vatican) in the United States until 1848. The young American government wouldn’t accept a priest of a Catholic theocratic state as a valid ambassador. The Founding Fathers weren’t simply anti-Catholic, they were anti-theocracy. With good reason.]

[interesting notes, perhaps, even if you’re not a Catholic (or Christian) by faith.]

Matthew 16:18 – Jesus says, “And I tell you, you are Peter, and on this rock I will build my church, and the gates of hell shall not prevail against it.”

Peter in Ancient Greek is Petros, from “petra” which means ROCK. Simon Peter is referenced. It can confuse people. Why two names? Simon in Aramaic is “Kepa” which is a literal translation of “petra” i.e. ROCK.

Rock Rock peddled his proto-Christian message for 34 years after Christ’s death and eventually by 64 AD had turned up in Rome – capital of the Roman Empire – to preach his gospel. He was unlucky enough to arrive at the same time as the Great Fire of Rome, which burnt a bunch of Roman landmarks. Emperor Nero blamed the “accursed Jew” and promptly executed Rock Rock. He was crucified upside down – an homage to Jesus, an exhibition of humility, and good fodder for the martyrdom.

300 years later after the apostle’s crucifixion, Simon Peter Rock Rock’s burial place became the site of the first San Pietro (St Peter’s) Church. This most holy of churches stood from the 4th to the 16th century.

Around it the Vatican City was built. The Vatican, an independent nation, is the seat of power of the Catholic Church. It is the Apostolic Palace, residence of the Pope. The Pope is the current head of the Catholic Church, in a line of apostolic succession stretching back almost 2000 years to St Peter himself. He’s known as “the Vicar of Christ on Earth” and Bishop of Rome. The Vatican also houses the college of Cardinals and marks the capital of the Holy See. Whatever the fuck all that means.

The magnificent San Pietro Church we know today was constructed in the high Renaissance, in the 16th century. It remains a formidable work of human enterprise. It’s the largest church on the planet. Its walls and ceilings are covered in masterpieces, e.g. Michelangelo’s Sistine Chapel. It houses the Vatican vaults, the Church record, the resting place of dozens of Popes. It’s perhaps the richest collection of manmade artifacts (not to mention gold, silver, precious gems) in the world.

If Hagia Sophia is the iron fist of Islam slammed down on the Golden Horn, at the nexus of Europe and Asia, then San Pietro is the Christian rock of ages, built on foundations around the tomb of the apostles, to flip the bird at the dark hordes of Mohammed, the Turks, the Persians and the billions of heathen Asians swarming thousands of miles East through India, China, unto the Pacific Ocean.

I have the honour to address Your Excellency, in your capacity as President of the Security Council of the United Nations, the body responsible for ensuring the maintenance of international peace and security, to take the opportunity to denounce recent events that endanger and threaten the peace and security of both Venezuela and the Latin American and Caribbean region as a whole. In this context, allow me to bring to your attention the launch, on 9 January 2021, of joint military (...)
Reuters Highlights: January 2021

Boris Johnson cannot claim to be “levelling up” the UK if he persists with a planned cut in universal credit for 6 million families, an influential thinktank has said, as pressure mounts on the prime minister over the issue from within his own party.

The Resolution Foundation joined opposition parties, anti-poverty campaigners and many Conservative MPs in urging the government to extend the £20-a-week uplift introduced during the first wave of the pandemic.

Morning everyone: I’m Martin Farrer and these are the top stories to start your week.

Continue reading...
NHS in most precarious position in its history, says chief executive

Hospitals and staff ‘under extreme pressure’, says Simon Stevens, as over-70s invited to get jabs from Monday

Dealing with the deadly second wave of Covid has left the NHS in the most precarious position in its 72-year history, chief executive Sir Simon Stevens has warned, as ministers said they were aiming to get all adults in the UK vaccinated by September.

The over-70s and clinically extremely vulnerable, who number more than 5.5 million nationwide, will be invited to receive the vaccine from Monday in areas where most of the first priority groups of care home residents and the over-80s have now had the jab.

Continue reading...
Fewer than one in 10 police officers fired after gross misconduct finding

Fewer than one in 10 British police officers found to have potentially committed gross misconduct by the watchdog are dismissed, the Guardian can reveal.

Figures released by the Independent Office for Police Conduct (IOPC) show 641 officers in England and Wales may have so seriously breached standards that they were liable to be sacked between 2015 and 2020, but just 54 (8.4%) were fired after disciplinary action was conducted internally.

Continue reading...
Biden will appeal for unity as US braces for violence by Trump supporters

Joe Biden will deliver a message of national unity when he assumes the presidency on Wednesday, seeking to begin healing a country fractured by the acrimony of Donald Trump’s administration and ongoing threats of violence by his supporters.

Related: America is broken – can Biden and Harris put it back together?

Continue reading...
Illinois Will End Cash Bail — and Limit Use of High-Tech Incarceration

submitted by /u/theycantalk to r/funny [link] [comments]
Where the United States is Uninhabited.

submitted by /u/GrimSurgeon to r/MapPorn [link] [comments]
[OC] Map of the Colorado River and it’s tributaries. Made with ArcGIS. Sources: ESRI, USGS.

submitted by /u/Comfortable_Alarm_77 to r/dataisbeautiful [link] [comments]
They are now trying to censor the news.

submitted by /u/inabadspott to r/conspiracy [link] [comments]
IS THIS REAL ?!